Where you can find us

The town Třebechovice pod Orebem is situated in the Hradec Králové region, 13 km west of Hradec Králové in the foothills of the Orlické Hory. It has a population of about 5,700. Třebechovice together with villages Blešno, Běleč, Ledce, Vysoký Újezd, Jeníkovice, Ocelice a Jílovice form the union of villages of the microregion Třebechovicko. The town is world famous for its unique carving work – a mechanical nativity scene in Třebechovice.

A German name Hohenbruck was given to the town by German inhabitants living there in the 14th century, and it was named after a high bridge connecting the river banks of Dědina River, which flows through the town.

In the time of the Hussite wars the town became a Husittes’ centre lead by a priest Ambroise. At a big council of the Hussite movement in 1419 the peak Vinice (260 m), where the Hussites gathered, was renamed to Oreb.

In the 16th century, when the town belonged to the Trčka´s family from Lípa, the town grew agriculturally. Crafts were developing and the guilds were granted various privileges. Numerous fires affected the developing town. In the great fire of 1567 the town’s privileges burnt down. The Gradual was nearly destroyed as well, but it was saved by people risking their lives to save it.

In 1636 brothers Jerome and Rudolf Colloreds became the new lords of Třebechovice, who were given this land as a gift from the emperor.

In 1848 Třebechovice stopped being the subject to the Opočno establishment and became a free town. This led to the development of town in the areas of industry, business and culture. The main branches of local industry were tanning, pottery and locksmith’s trade.

In Třebechovice and its surroundings a lot of remarkable buildings, statues and sights are to be found.

A natal house of Josef Probošt (the creator of the Třebechovice crib), which is situated near the square is worthy of notice. Right on the square a pestilential column of Virgin Mary is situated, the statue of the Trinity and a quaint fountain from 1675, that was originally located near the Wenceslas square in Prague, and an Evangelistic church. Near the square the church of St. Andrew can be found.

It was built after the establishment of the autocephalous evangelical congregation in Třebechovice, which had been a part of the town Klášter nad Dědinou. The author of the proposal was A. Nový from Rychnov nad Kněžnou. The church was built in pseudo-Roman style between 1876 and 1880. The foundation stone was laid on  5thMay 1876 and the sanctification  6thJuly 1880. A wooden interior is a work of Jan Podstata, a teacher of the authors of the Třebechovice crib (see similar motifs on the table of the Lord and in a pulpit). The bells were obtained on the occasion of Hus’s death jubilee in 1915 (the bells were named Jan Amos Comenius – 800kg, Master John Hus – 438 kg and Jerome – 240 kg). Before the bells were hanged up they were confiscated. Only the middle one called master John Hus was saved (hanged in 1919). New bells were hanged in the church in 1933. Organs were installed in 1906.

The date of the foundation of the St. Andrew’s church is unknown. In 1350 the church was stated as a parochial temple. The oldest known parson was Konrád. He worked there untill 1359. In the time of the parson Franc from Rokytnice the old wooden church was pulled down and between 1767 and 1771 a contemporary Baroque church was built. On September 9th 1967 the foundation stone was laid, in which two tin sheets were put and on the September 1st 1771 the church was consecrated. Only a wooden tower was kept from the original church. It burnt down, during a fire in 1855. Thereafter, in the time of chaplain Flesar the present brick tower was built. The interior was decorated with the frescos of Joseph Kramolín from Karlovy Vary. The ceiling cupola is decorated with a tableau “St. Andrew in the Heaven Glory”. In 1932-1933 the frescos were renovated. Other repairs were made in 1968, 1971 and 1983.

The Church of Lord’s Body on Oreb

In 1528 Zdenek Trčka from Lípa had a wooden church on Oreb built, which was torn down in 1826 due to seediness. Thanks to a famous Třebechovice native and enlightener Dr. Jan Theobald Held the present Church of Lord’s Body on Oreb was built in 1835.

Cultural and sporting activities in Třebechovice and its surroundings

Thanks to its surroundings of beautiful forests and the gorgeous coves of Orlice River, Třebechovice became a hot tourist spot. It offers rich cultural and sporting activities. The centre of local culture in the Museum of Nativity Scenes in Třebechovice organizes a lot of interesting cultural events, for example Shrovetide, Mothers’ Day, a cycling tour “Around Oreb”, march through a fairylike forest, festival of Music schools’ bands, Symposion – show of dilettantish theatre ensembles, Katherine’s fair. For sport lovers there is a public swimming pool, winter stadium, football pitch, tennis and volleyball courts.

A dense net of cycling routes around Třebechovice can lead cyclists to various tourist spots. For example, the year-round open lookout tower called Libníkovice (15m) or a game preserve called Bědovice. An interesting technically unique object is a canal which connects  River Bělá in Častolovice and Dědina in Třebechovice, also called Vantroka (Alba), which was built in the first half of the 16th century and served to water the nobility’s ponds, mills, sawmills and washboards.

In an outdoor museum on the foothills called Krňovice visitors are dragged in rural life style of our ancestors through presentation of period crafts and folk buildings. Ranches Blešno and Bělečko offer horse rides. 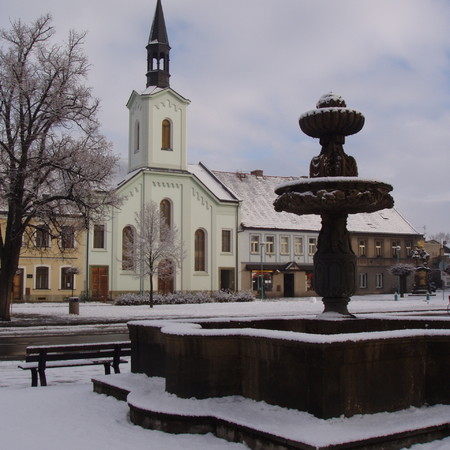 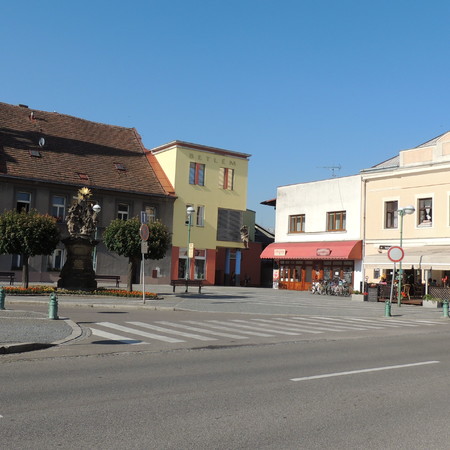 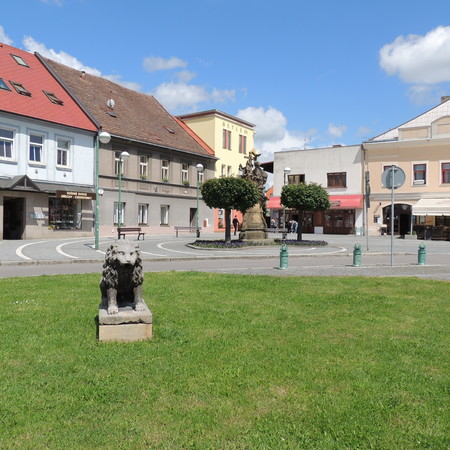 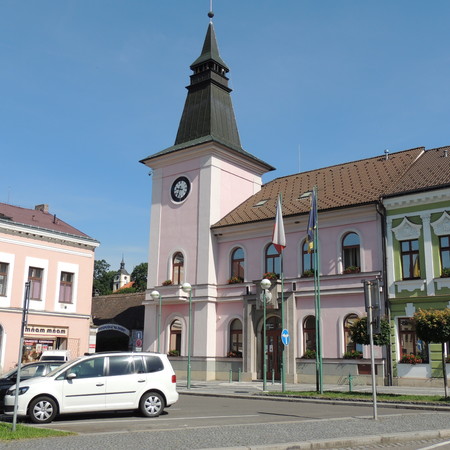